What is Blockchain – explained in simple words

I am sure that you have heard about the new technology called Blockchain, but you have never gave a lot of thinking into it. Maybe it was explained in a difficult way, in a way that a computer geek will understand it. To be honest it was a little bit difficult for me as well on the beginning. I am no computer geek, or someone who has been much in technology as well. But since I have taken a different career path and I came across cryptocurrencies I thought to my self why not learn about it. In this article I will give my best to explain the blockchain technology with the simplest word so even my mom will understand it.

1. What is a blockchain?
2. What are the differences between a public and private blockchain ?
3. Are there any other blockchains despite bitcoin blockchain?
4. What elements are common to all blockchains?

• Blockchain
Despite all the complexity of the blockchain, the blockchain is nothing more than another type of database for recording transactions, a transaction that is copied to all of the computers in that participating network, and not some science fiction technology from another galaxy. The blockchain sometimes is referred as a ‘’Distributed Ledger”. Its data it is stored in fixed structures called blocks.

Blocks in a chain = Pages in a Book.

Every book has:
– Text – The story of the book
– Information about its self – at the top of every book there is a title, the chapter or the chapter number and on the bottom is the page number that tells you where you are.
This is data about data, and is called meta-data.

The blockchian works in a similar way:

– A header – which contains the meta-data about the block, such as a reference number of the block, the time that was created, a link to the previous block and other technical information.
– Its content – usually the transactions made, the rewards for the miner, addresses of the parties to those transactions.

With book’s it is easier, because predictable page numbers make it easy for you to know the order of the pages.
For example: If you ripped out all the pages and shuffled them, it would be easier to put them back to order where the story makes sense.
With blockchian each block referees to the previous block, not by block’s number but by the block’s fingerprint. This is more clever way than a page number, because the fingerprint itself is determined by the content of the block. This is very difficult to manipulate, as the number of participants grows. By using a fingerprint instead of numerical sequence, you get a nice way of validating the data. If someone wants to meddle (manipulate) the system or any of the data, they have to regenerate all the fingerprints.

Let’s look at the example of how this looks:

The new block is put out on the network so the miners can verify its transaction. Verifications is accomplished by completing complex cryptographic equations.
When a miner solves the cryptographic problem it is announced to the rest of the network.
The algorithm rewards the winning miner with 25 bitcoins, and the new block is added in front of the blockchain. Each block joins the prior block so that the chain is made.
Within ten minutes of John initiating the transaction, he and Jenny each receive the first confirmation that the bitcoin was signed over to her.
All the transactions are now fulfilled and Jenny gets paid.
This is one easy way to understand how the blockchain works.

• Like any type of database the blockchian is divided into two categories: public and private.

Public Blockchain like the bitcoin blockchain, means that the network is public.

That way anyone can write data from or to the ledger (account book), it they have the appropriate bitcoin software.
In the absence of trust, the public blockchains usually require a additional mechanism to protect the integrity of the data. This involves added complexity because there is no central authority.

For example in the bitcoin blockchain the new transactions can be only added after the participant solves a complex mathematical problem, which is known as “proof of work”.
This process is called mining.

Private Blockchains are not open for everyone. This networks are private where participants are known a priori and have permission to update the ledger (account book). The participants may come from the same or different organization, within the same industry where their relationships are governed by contracts or confidential agreements.

• Blockchains come in many different types.

Beside the bitcoin blockchain that is well known, a number of other blockchains emerged in the last years. None of the other blockchains has yet achieved the same scale as bitcoin, but they offer other benefits such as: increased speed, larger data capacities, different consensus methods or more advanced functionality.
Litecoin – is a smaller competitor of bitcoin but offers faster transaction times.
Ripple – The ripple transaction protocol is a variant of distributed ledger providing instant certified and low cost international payments and is targeted at banks and non bank financial services companies. The transactions are validated by consensus rather than a proof of work.
Etherium – is the second biggest blockchain after the bitcoin blockchain. Etherium is an open source, crowd funded project. It is similar like bitcoin, with some differences such as:
faster transactions – bitcoin creates 12.5 new bitcoins every 10 minutes, while ethereum creates 3 new ether at every 15 seconds. Bitcoin creates new blocks on every 10 minutes, while ethereum creates every 15 seconds. And a few more.

All though there are differences in every blockchain some of the elements are common in all of the blockchains:
– A Blockchain is digitally distributed across a number of computers in almost real time: The blockchain is decentralized, and a copy of the entire record is available for all the users and participants in the network. This eliminates the need for central authorities.
– A blockchain uses many participants in the network to reach a consensus – the participants use their computers to verify each new block.
– A blockchain uses cryptography and digital signatures to prove identity.
– A blockchain has mechanism to make it hard (but not impossible) to change historical records – all the data can be read and new data can be written, and the old data that exist on the blockchain can not be changed, unless the rules allow such change.
For example: More than 50% of the network to agree to change.
– A blockchain is time-stamped – transactions are time-stamped, making it useful for tracking and verifying information.
– A blockchain is programmable – instructions embedded within the blocks such as:
– if this, then do that, else do this – allow transactions to be carried out only if certain conditions are met. And be accompanied by additional digital data.

Bitcoin is the first successful blockchain, from which a number of independent blockchains have emerged in recent years. None of them has achieved the same scale as bitcoin, but they offer other benefits such as increased speed , larger data capacities, different consensus methods or solve other sets of problems.
The blockchain technology is still growing, and as we are witnessing is starting to be implemented more and more. The World Economic Forum report from September 2015 predicted that by 2025 ten percent of global GDP (Gross Domestic Product) would be stored on blockchain technology. With this revolutionary technology we can imagine a world in which contracts are embedded in digital code, where they are protected from deletion, tampering and revision.
Every process, every task, every agreement, every payment would have a digital record and signature that would be identified, validated, stored and shared. A lot of the companies are starting to implement the blockchain technology. And there is a strong possibility that the blockchain will affect almost every business.

How ready are we to embrace this new technology?
This answer I leave it for you to think about…. 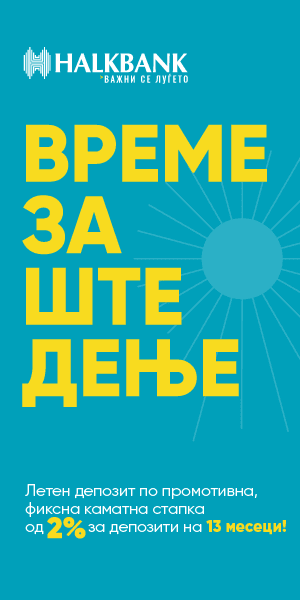 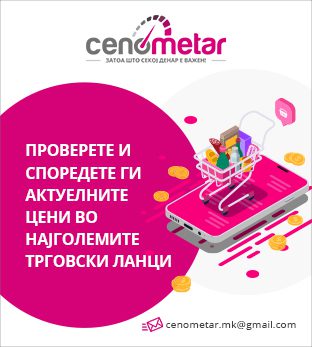