Since Bitcoin was the first successful crypto currency, a lot of new crypto currencies started to emerge on the scene. These coins are usually called alt coins (Alternative coins). They have all been launched after the success of Bitcoin. There are more than 1200 coins at the moment in the world. And many of them are worthless, and most probably they will not last for long. 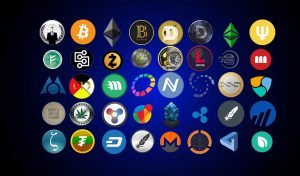 These type of crypto currencies are designed for a particular task. Ripple is great example for utility cryptocurrencie. It is designed to facilitate flat money transfer in an economical and highly efficient manner. Rippple is used by multiple banks and institutions like: UBS, Santander, BMO and American Express.

This are the three basic categories of how the cryptocurrency’s are divided. Now let’s have a look of the 5 most promising currencies in the market today:

Bitcoin it is the first invented cryptocurrency, and it still remains the most sought currency up to date. Bitcoin is the pioneer in the blockchain technology that made the digital money possible and it is considered as a digital gold. It is the first decentralized peer to peer network powered by its users, without any central authority or a middleman, with no unnecessary costs. The value of Bitcoin through the years has fluctuated tremendously, starting from zero all the way up to 20.000$. There are only 21 million bitcoins for mining, and the last bitcoin will be mined in 2140.Thanks to its blockchain technology, you have total control over your money and transactions without involving any third party like bank or paypal. Bitcoin transactions are impossible to be reversed. Therefore you should only deal with trusted parties.

Ethereum is the second most popular currency after bitcoin. It is created by Vitalik Buterin from Canada, born in Belarus. This digital currency launched in 2015 and it is predicted to surpass bitcoin in the future. Ethereum  price at the moment is 880$. Ethereum it is similar to bitcoin, but different. Like bitcoin blockchain ethereum has its own blockchain that is a part from.

Ethereum can be used to build Decentralized Autonomous Organizations (DAO). DOA is fully autonomous organization without a leader. It is run by programming cods on a collection of smart contracts written in the ethereum blockchain.

A third party cannot make any changes to the data. The system is also tamper and corruption proof. Ethereum is backed up by secure cryptography, so the applications are well protected from hacking.

Litecoin was launched in 2011 and it was aspired to be the silver to bitcoin gold. Litecoin also recorded the highest market cap of any other cryptocurrency after bitcoins lаunch.

The main reason of Litecoin creation was to make up what bitcoin lacked. The main difference between litecoin and bitcoin is the time: Litecoin needs 2.5 minutes to generate a block, while bitcoin needs 10 minutes. For the technical experts litecoin possesses more than this, and that is the improved algorithm which speeds up the hashing power and system altogether. Litecoin also posses the ability to handle higher volumes of transactions due to his algorithms.

Litecoin has failed to secure and maintain the second place after bitcoin. Although it is still mined and traded and  bought by investors. The current price of litecoin is 214$.

Monero was launched in 2014 and its main goal was to create an algorithm to add the privacy features that is missing in bitcoin. Monero invented a system called ‘’ring signatures’’to conceal the identity of its senders and recipients.

The ring signatures are a combination of a users private account keys with public keys. This keys are obtained by the monero’s  blockchain to create a ring of possible signers that would not allow for outsiders to link a signature to a specific user. The Monero users can keep their transactions private or they can share their information selectively.  Every Monero account has a “view key”, which allows anyone holding it to view the account’s transactions.

Monero also improved its privacy setting by using ‘’Stealth Addresses’’, which are randomly generated. This way the recipients use a single address, and the transactions they receive go to a separate unique address. This way Monero’s addresses can not be linked to the published addresses of the recipients.

Like all the other crypto currencies Monero offers mining for interested parties who like to mine blocks. You may join a mining pool, or mine for yourself. Also with Monero you do not need any specific mining hardware like bitcoin, anyone can mine with a computer. Monero is using a ‘’proof of work’’ algorithm. The current price of Monero is 273$. Due to its privacy settings Monero is less speculative than the other cryptocurrencies.

Ripple as a technology has a dual function: digital currency and digital payment network for financial transactions. Ripple was launched in 2012 by Chris Larsen and Jed McCaleb.

Ripple operates little bit different from the other cryptocurrencies, on an open-source and peer to peer decentralized platform, which platform allows transfer of money in any form, both flat and cryptocurrency.

Ripple is using a middleman in the transactions. The middleman is known as ‘’Getaway’’. The gateway acts as a link between the two parties in the network who want to make a transaction. This is why Rippple is less popular when you compare it to the other cryptocurrencies. The price of Ripple is 0.9$.

Ripple as a coin acts like a bridge for other flat and cryptocurrencies. If John wants Bitcoin as a form of paying for his services from Jim, then Jim does not need necessarily have to possess Bitcoins. Jim can pay John to John’s Gateway US dollars, Euros, Pounds or other currencies. Then John will receive bitcoins converted from US dollars from his gateway.

Ripple network does not run a ‘’proof of work’’ algorithm, therefore its users are at certain risks. The transactions rely on a consensus protocol in order to validate account balances and transactions on the system.

There are also other cryptocurrencies that are working very well and are very promising like:         ZCash, Dash, Dodge, Neo, Cardano and many more. And there are a lot of coins that are worthless, and probably they will disappear after a few years. Bitcoin and other of the altcoins may bring a new global economy. They offer much more that the traditional banking systems like: No middleman, faster speed, more privacy and many other features. Every cryptocurrency has its own strengths and weaknesses. Surely we will discover many more as time goes on.

Which one of these you will choose, I leave that to you? 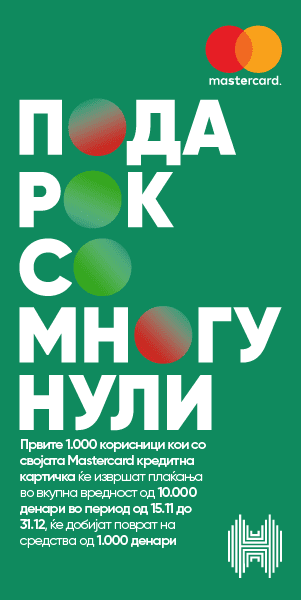 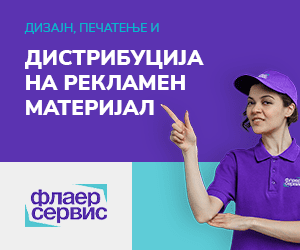